A Tribute to Coach Mike 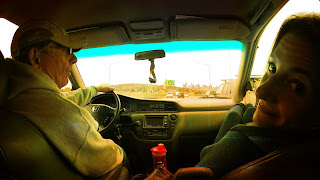 Have you ever met someone who only ever wanted to build you up? And build up everyone else in his life? And meet new people just so he could take genuine interest in building them up? A person who also found the time to lead by example? Never allowing even the greatest of obstacles to keep him from a goal? A person who made a daily choice to wake up at zero dark thirty and imbue the world with more can do than it held the day before?

Mike was loved by so many people and my tribute to him captures but a small snippet of his full and beautiful life. I met Mike not quite four years ago. We met at a post race Bellingham Trail Running Club BBQ. He was one of those rare people who felt like an old friend after an hour. He was so genuine in his desire to connect and support everyone who came through his life that it was just so easy to bond quickly with Mike. I had never run an ultra before I met him. I hadn't even been a runner of any kind for that long. He filled my head with tales that made it all sound so approachable. I loved the story of his Badwater DNF most. He never said that anything was easy, but he always believed that anything could be achieved. You know that little voice in most of our heads? Our own worst critics? The nagging feeling that we can't do something? That we aren't good enough? That we aren't worth something? That we tried and we failed and we should be ashamed? Mike did not allow that voice in his own head and he was the antithesis of that little voice for everyone he loved. 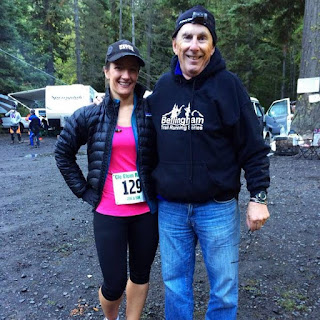 Mike volunteered at seemingly every local race. He did it selflessly. He was there volunteering at my first ultra, the Cle Elum Ridge 50k in 2014. He insisted I take the race sweatshirt he earned volunteering that day. He said the first ultra is a big deal and I should have it to commemorate it. That he would always remember his first ultra and I would feel the same about mine. He was right, of course.

After my first 50 miler went well I got excitable and decided to go for a first 100 miler that same year. Mike immediately volunteered himself to be my Crew Chief and I happily accepted. I made him a blackberry pie from scratch just to seal the deal. Mike believed in me at that race more than I believed in myself. I had some pretty bad ankle pain in both legs and had slowed down substantially by the mile 71 aid station. Two other runners in the warm tent were dropping. I'd given up on believing I could finish within the 30 hour time limit and thought maybe I should just give up and drop. Mike wouldn't let me. We had 40 some odd minutes until the cutoff at that aid station and he would not let me stay. I don't know how he did it, but he got me out of that warm cozy tent willfully choosing the frost tipped 23 degree frozen night at his urging. When I slowed down further with what would later prove to be injury and dropped at the mile 82 aid station as the last runner on the course Mike did not call it a failure. The little voice in my head certainly did. I was completely ashamed of my DNF. Mike said, "that wasn't a DNF JLow. The clock just ran out on you. You did not quit." 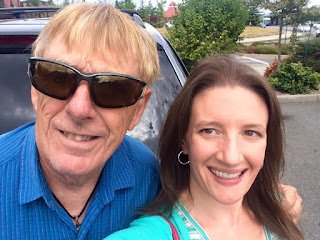 We connected on more than just ultra running. Mike and my son, Charlie, enjoyed each other. With his career history in a corporate oversight role Mike knew how much it meant when I finally earned my CMA. He would speak accounting nerd with me. We'd both been divorced a lot of times for our respective ages, the same ratio in fact. Our sense of humor was pretty darn congruent. Mike made my DNF just one more of the colorful things we had in common. Neither of us had managed to conquer a 100 miler and that was ok. It didn't make us any less strong. 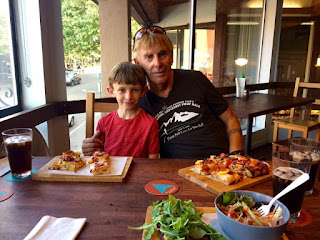 I made a short movie montage of video clips and pictures from my 100 attempt. When he watched it Mike saw himself as an "old man with a limp" and it bothered him. He assumed we all saw him that way. I never did. He hadn't pictured himself as anything but Iron Mike and it threw him. It ended up being part of what led to him pursuing and getting a hip replacement. He then got a knee replacement and he finished a 100k race after all of that. That was Mike. A man who would never give up. A fighter not a quitter. A giver, a supporter, a doer, and a leader.

In the last year I didn't see Mike enough. We used to have lunch or dinner a couple times a month and I let it start to fall off. He had a new job and was training more. I was busy too. In November we had started making a plan to get together soon, but not solidified when. Then on December 2nd I was unexpectedly hospitalized with Viral Meningitis. Mike reached out to check on me. We added one more thing to our colorful things in common list when he told me, "Jenny rest is important I had VM and even I rested" with his favorite sunglasses wearing smiley face. He told me to let him know if I was still hospital bound and he'd come keep me company if I wanted. I was sleeping most of the days away and I didn't reach back to ask him to come. I am so mad at myself now that I didn't. I had no idea that a week and a half later he would check in to that very same hospital and not make it out. I am so thankful that I did get to see Mike one last time. Our friend, CamE, had a presentation and we both came out to support her. It was my first social outing after getting out of the hospital and it was two days before Mike admitted himself with trouble breathing. He was in great spirits that night. So energized and proud of himself for having run a marathon, 10 laps around Lake Padden, with Lois earlier that day. He was happy to see me recovering and out and about again and had a quick conversation with Charlie. We promised each other we were going to get together soon.

Mike left us around 6:30 pm on Christmas Day. His loss is too great for words. Mike is too good to be a guardian angel. He already was one here on this earth.

Mike was in training when he died. He called it Project 262. He was going to run 10 marathons in 10 days starting on March 30, 2018 with a goal of raising $25,000 to support a cause close to his heart, addiction awareness and making treatment available to all those who seek it. Close friends of his have vowed to carry this on in Mike's name and memory. Please consider contributing here.

Please also consider honoring Mike by emulating his kindness in the world. His light is so dearly missed.
at December 27, 2017