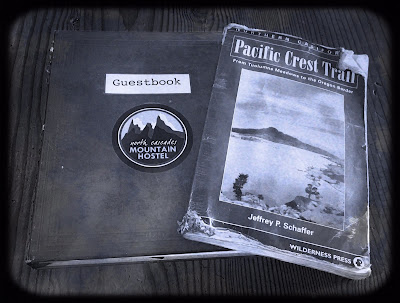 Home is where the heart is.

This phrase does not ring true for me.

I feel grateful to love most facets of the life I live, but I am one with an unsettled heart and a constant search for the unnamed intangible thing that I know to be missing.

From this stems my wanderlust.

Home is a place for sleep, dinner, and breakfast during the work/school week and a base camp for the one weekend a month my son averages not at his dad's house or on a grandma curated adventure.

This weekend's wandering brought me to Winthrop and the North Cascades Mountain Hostel, my favorite home away from home. It is rare to meet someone at the hostel who is not immersed in their own wanderlust. Coming in late Friday night I was welcomed by a big group, each on their own path.

A woman in her 20's had ridden her bike here. All the way from Boston, MA. I asked her what inspired it and she simply said she thought it would be the best way to see the country. Saturday morning she set out again, heading through Washington Pass to Marblemount. So many of us let fear get in the way of such a long solo journey. Her confidence in a limitless life inspired me.

A man in his 20's with the brightest of ice blue eyes, an accountant as it turned out, was staying a night on his way to complete the last section of the PCT. He had left his job in Wisconsin and started on the Mexican border earlier this year. His employer had given him great freedom in that he can return if he likes, but he understandably said that after life on the trail the last thing he wants to do is log back into SAP.

A woman around my age, was having the best of times reading tidbits from the guestbook to all of us and drawing in her sketchbook. Next on her path is volunteering for a month on Whidbey Island and as of yet unplanned adventure after.

Two Canadian ladies around my mom's age were down from Vancouver at the start of a two week road trip. They were old high school friends and proud to still know one another, full of spunk and fervor for their travels ahead. One slept on the bunk below me and offered me to share in their stash of wine stored there.

Saturday night a fresh group of travelers came in. I had just gotten back from my Patterson Mountain 6-peat and pizza with a local hiker I'd met doing his own 5-peat. After a much needed peppermint soap shower I was putting things away and noted a fresh hiker pack and poles on a nearby bunk. Their owner walked in and I asked where he had come from. He had just finished the PCT! First he told me his trail name and then realizing he was no longer out there introduced himself again by his first name, unsure which identity to grab. I climbed down and gave him a high five. The fires had changed up the last bit of his trip and he'd been given a ride down from Rainy Pass by a ranger. He's been decompressing, in his own words, unsure what to do with himself in such a big transition. Sleeping in a bed, taking a shower, all those little things we take for granted that become a novelty after a long period without.

Someday I would like for my wanderlust to take me away from the world for 4-6 months on the PCT or Appalachian Trail. First, my son must grow into a man and I must garner the finesse and influence to talk the employer I'd like to stay with for decades into such a leave of absence. For now, weekends are my wanderlust.

For the Love of a Mountain

Do you have a favorite place? Can you explain why it is special? Or is it just a feeling without words? 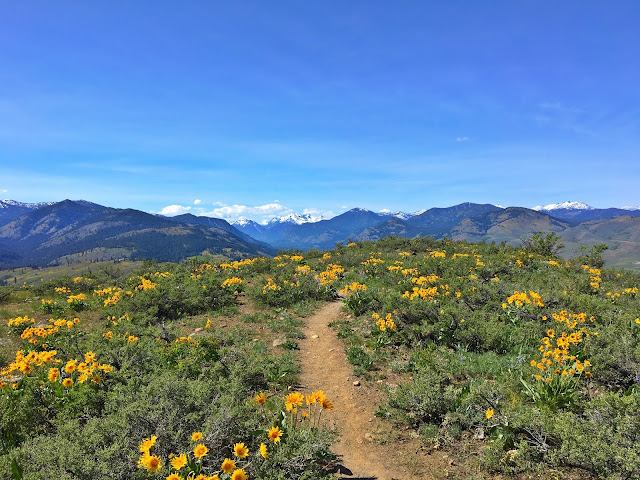 I am lucky that I have been to so many different beautiful mountains flung across Washington, Oregon, and Idaho. I am spoiled by all these trails. It is amazing such ethereal beauty is so readily available to us. Heaven on earth beckons from the forest lands.

There is but one though, one little mountain top boasting a loop trail to a summit out and back, that is so much more than all the others to me. It is Patterson Mountain, just outside of Winthrop in the magical Methow Valley of Eastern Washington. It is my place above all others. If anything is wrong in life it is better there and if everything is right in life it is that much more golden there. 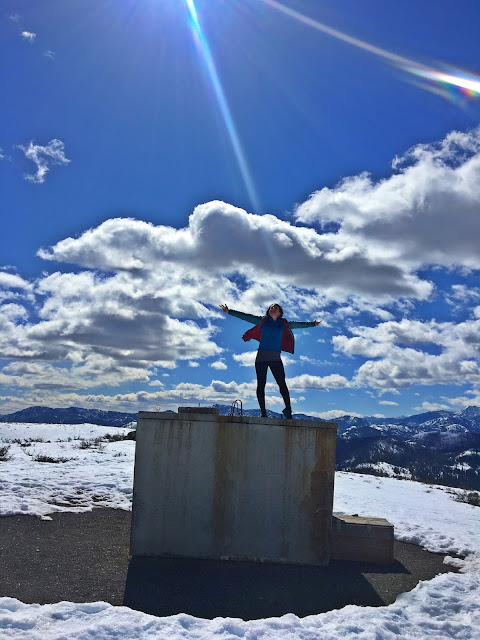 One must travel through the picturesque American Alps in awe of the steep mountain majesty of Washington Pass to get to Patterson. Once arrived it is but a little 3,500 foot tall hill nestled by a lake where it rests dwarfed by the alpine mountains more than twice its height on the horizon.

Why Patterson? My first experience of this little hill was the final climb before finishing my first 50 miler, the Sun Mountain 50 Miler in 2015. I remember there being thunder and in the distance some lightning. Nearing 12 hours on my feet I was a tad loopy and I remember taking off a metal barrette, feeling paranoid that the lightning would be drawn to my scalp by it. I remember stressing about the finish line cutoff, wondering if I'd make it once I hit the turnaround sign on the top of Patterson. That little hill made an impression on me that day.

In 2016, I came out almost every weekend between the pass opening and the Sun Mountain 100k. This was a double loop course so knowing I'd climb Patterson twice I invented Patterson-peats and did a 5-peat that weekend. Last weekend I did a 3-peat under cloud cover with a wonderful just warm enough wind on Saturday evening. It was magical and hatched my 28-peat 100.8 mile fun run idea. It's just a dream right now, but maybe it will become a reality in 2018. I think I will love my little mountain just as much afterwards, if it comes to fruition. 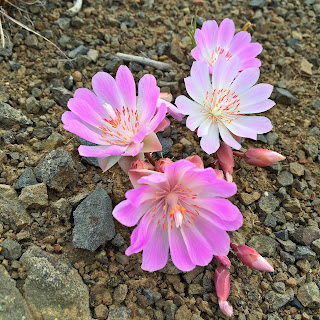 This year, I came to see Patterson in early April, before the pass had opened and while my little hill was still flanked with snow. I was benched from running at the time for a tibial stress fracture and had my son with me, but little keeps me from Patterson. The two of us went post holing up to the summit, chilling our legs with each break through the icy snow. It shimmered like a gem in the sunshine that day.

I find myself drawn to Patterson as many weekends as possible before the pass closes and winter's freeze falls over her till the spring thaw.
What is it about a place that calls the heart so strongly? What place calls to you?